10 Crazy Real Estate Facts from Around the World 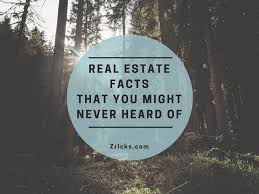 Because everyone needs a home all over the world, real estate can feature in world events and pop culture in ways that you wouldn’t normally expect. Just to prove it to you, we’ve compiled 10 facts about real estate from around the world that will make you think, and make your friends impressed when you use them as fun facts at your next dinner party.