3 Markets Struggling to Recover from the Great Recession 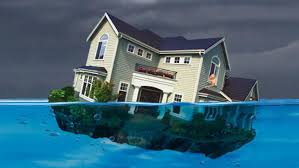 It has been a decade since the market crash and Great Recession of 2008, and many markets have bounced back and learned how to thrive. However, there are some cities that took the hit harder than others and are struggling to bring their economies back to base. Nationally, the number of homeowners that are “underwater” (owing more on their mortgage than the property’s value) is low, only 9.3%), but some cities are seeing rates as high as 1 in 5 homeowners that are underwater. These three cities in particular have a very high rate of seriously underwater properties:

How does this happen? These cities ended up in a bad position because they were starting to struggle before the recession, and so they have had a harder time getting themselves out of the hole. The unemployment rate in these cities was already higher than the average before the recession, which also makes matters worse. With no new jobs to support new income, fewer homebuyers are on the market and others choose to leave the area, making it that much harder for people who need to sell their home to find a buyer. These are also rural towns that have traditionally had economies focused around agriculture or manufacturing, which had in turn lost job availability with the rise in available technology. Because of these reasons, these towns could continue to struggle for the foreseeable future to lower their rate of default.