A Year After the Hurricanes – How Much Damage is Still Left? 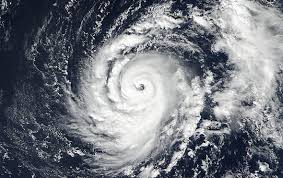 Just about a year ago, Hurricanes Harvey, Irma, and Maria hit the United States, along with Puerto Rico and the Virgin Islands, and caused a devastating amount of damage. Ever since then, the businesses and economies of the afflicted areas have been struggling to bounce back, and real estate was not excluded from the devastation. After a year of recovery efforts, how have these areas done with getting back on their feet?

Immediately after Harvey, Irma, and Maria hit, many commercial real estate companies cited finding contractors to help with repairs as one of the biggest issues. That, added to fights with insurance providers over claims for damaged property, has meant that recovery has taken longer than is ideal. Between all three storms, there was nearly $305 billon in damage done and over 900,000 homes damaged. Usually, the oldest buildings take the brunt of the damage and an increase in rentals  is seen when people cannot return to their old homes. This was the trend in Houston, where apartment occupancy jumped to 94.2% after the storms, and now sits around 93.8% as some people still wait to be able to return to their homes. The storms also impacted the hotel and hospitality business, which saw a 15% jump in occupancy rates.

Commercial properties were able to recover more quickly than residential properties after the storms, probably due to the scope and size of their operations. Real estate developers were also able to get in quickly and start renovations, as well as string together temporary power grids and provide jobs for anyone willing to work. This worked especially well on the Texas Gulf Coast, and the area has even seen an increase in property values because of the recovery efforts they were able to put in.

Despite promising updates, there are still some things slowing recovery efforts. Construction codes have been updated and are being enforced stringently, which is slowing development even though it will be beneficial in the long run. Puerto Rico has had a particularly hard time bouncing back, and many people who’s homes were destroyed relocated to Florida. This is putting a stress on the rental market there, making it jump to as high as 96.6% occupancy in some places. But, many investors are seeking out opportunities in Puerto Rico, especially because there is a housing shortage and the island is a good source for renewable energy.