Which Cities Have the Most Annoying Neighbors? 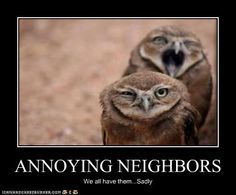 We all know those types of neighbors. The ones who are constantly playing loud music, hogging all the parking or parking where they aren’t supposed to, or generally just being a nuisance. Recently, the home improvement website Improvenet.com surveyed 2,500 people from 24 of the nation’s largest cities to find out what they think their neighbor’s most annoying traits were. Turns out, the cities with the most annoying neighbors are Dallas, Miami, Austin, Philadelphia, and Los Angeles, at least according to the results of their survey.

Here is a breakdown of the traits that the people surveyed reported as most annoying, and the cities that are the worst offenders. 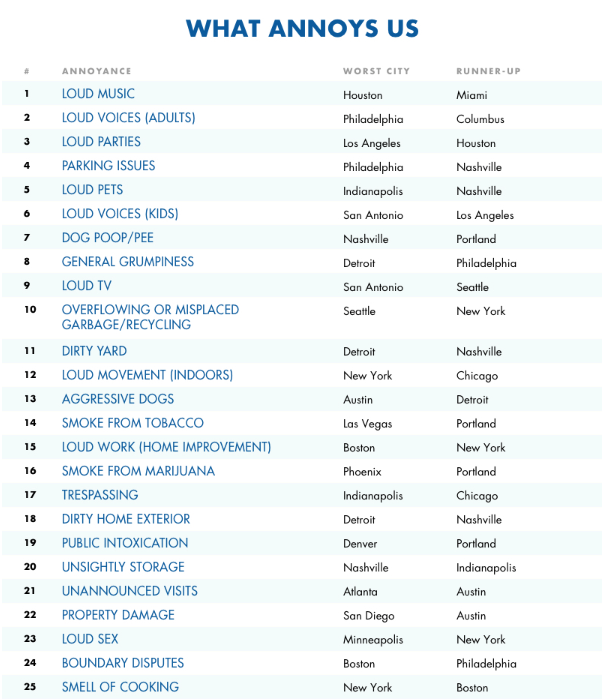